A train was damaged after it struck a sleeper deliberately placed on a railway line in the Highlands. The train, travelling from Glasgow to Mallaig, was slightly damaged but able to keep moving after it hit the sleeper on November 9. British Transport Police are appealing for information about the sleeper they believe was deliberately put on the line between Tulloch in Moray and Roy Bridge, close to Fort William. [From Richard Buckby] 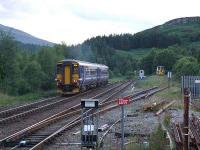 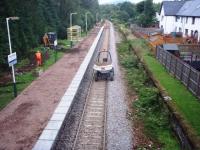