Faslane Harbour was built during the Second World War as an additional docking facility to counter the possible destruction of Londons docks as well as docks of other cities. The port at Cairnryan was constructed at the same time to provide further capacity.

The line was built to connect Faslane to the West Highland Railway (owned by the London and North Eastern Railway at the time) at Faslane Junction. The branch ped from the West Highland Line as a double track before ending at a reversing spur at the west end of the Faslane Harbour. From here a series of sidings ran to the Faslane pierheads. The railway was built to European standards of track and signalling to give troops practise before the D-Day invasions. Due to the single track nature of the West Highland Railway the loop at Garelochhead was lengthed and a small marshalling yard installed at Dalmore (on the Glasgow, Dumbarton and Helensburgh Railway) to the east of Craigendoran Junction.

This Second World War period marshalling yard was on the Faslane branch just before it joined the West Highland Railway at Faslane Junction. It allowed trains to be joined together to run over the single track section to Craigendoran Junction (with only a passing place at Helensburgh Upper). There were further associated yards at Craigendoran West Yard, [[Craigendoran East ... 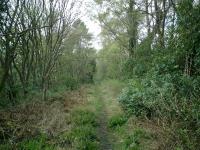 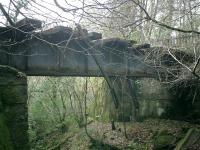 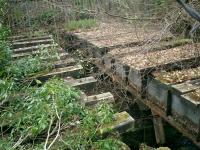 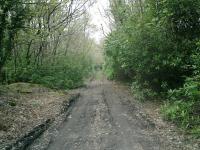 This junction was installed in the Second World War. It was a double track junction as a long loop was put in on the West Highland Railway and the connection to the Military Port Number 1 Railway yard was double track. Faslane Junction Yard was just to the north on the branch.
... 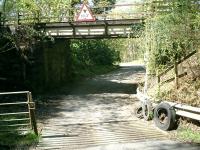 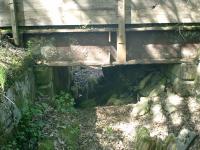 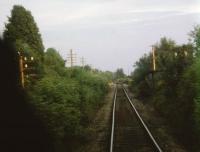 Looking out of the front of a Metro-Cammell DMU on a late afternoon Oban to Glasgow service as it approaches Faslane Jct in June 1969. The junction is ...
John McIntyre /06/1969

This station is open. It is located in the north of Helensburgh, up above the town centre (better served by Helensburgh Central).
... 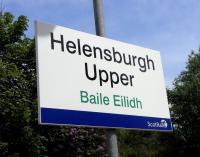 The 14.43 Helensburgh Upper to Queen Street Low Level pulls in exactly to time, having come in two halves from Oban and Mallaig. Only stops now - ...
Colin Miller 20/04/2016

This wartime yard was opened to the east of Craigendoran Junction along with Craigendoran West Yard. Access was controlled by Craigendoran East signal box. The yard was laid out on the north east side of the line. It had two sets of sidings and a turntable, all approached from the west. The yards were used in combination with Ardmore Yard for Faslane Military Port.
...